This is the first post in the Let's Learn Algorithms series, so if you are unfamiliar with what to expect I suggest you click the link and get a basic understanding of how this series works.

If you want to watch this in a video with examples using cards you can watch the video below. Otherwise continue on and read the article. The same content is covered in both places.

Now, without wasting any time, let’s jump right into learning about our first algorithm, bubble sort!

What is bubble sort?

Bubble sort is a sorting algorithm (duh!), which essentially means that it is an algorithm used to take an unordered list and to put them into a certain order.

First, it is one of the simplest sorting algorithms to implement, especially for a beginner, so it serves as a very handy learning tool and as a simple way to sort relatively small lists.

Second, we can easily detect when a list is already sorted with bubble sort and terminate our code early, making it useful when we are provided with a sorted list but do not know ahead of time that the list is sorted.

How does it work?

Bubble sort works by walking through a list of numbers and comparing each consecutive pair of numbers. When we compare the numbers we will ask “is the first number greater than the second number?” and if the answer is yes, we swap the position of each number in the pair.

Regardless of whether or not we swap the numbers, we then move on to the next consecutive pair in the list and repeat the comparison and potential swap steps.

Walking through an example of comparing and swapping items 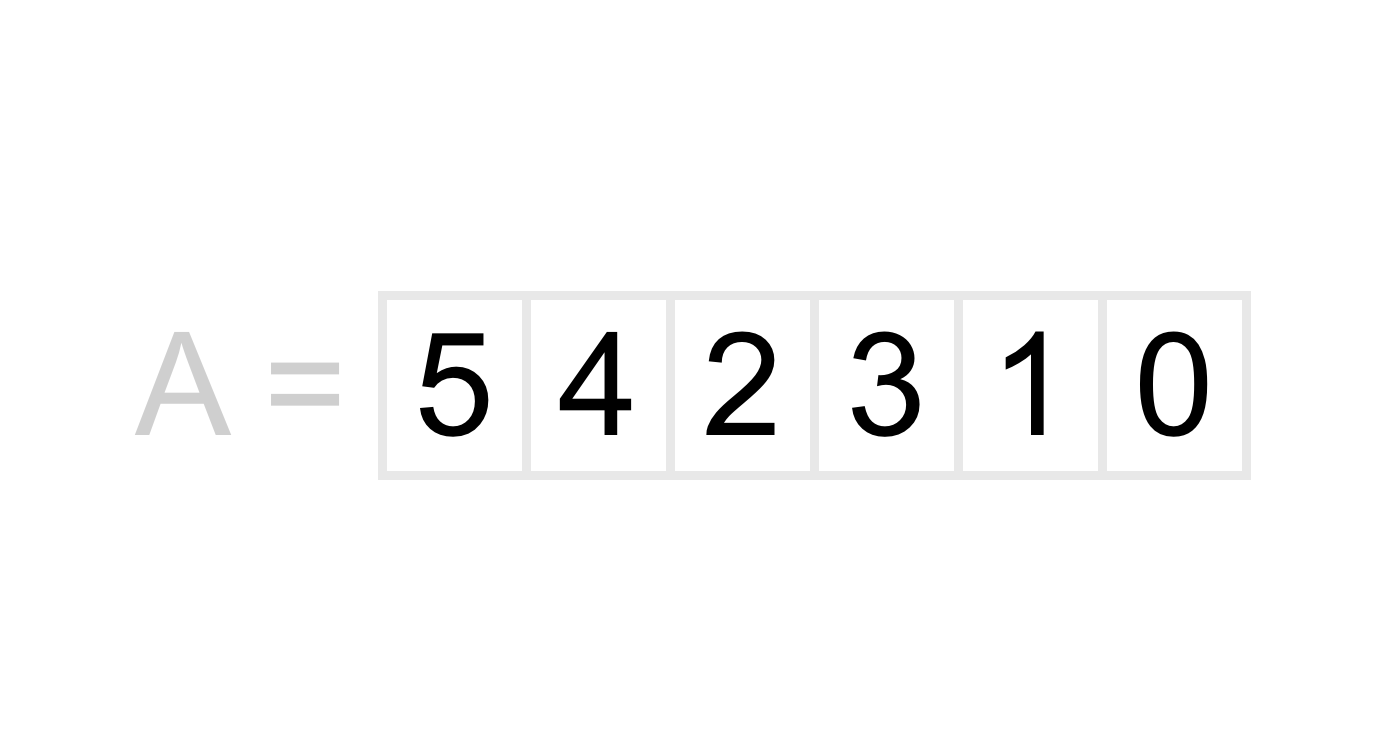 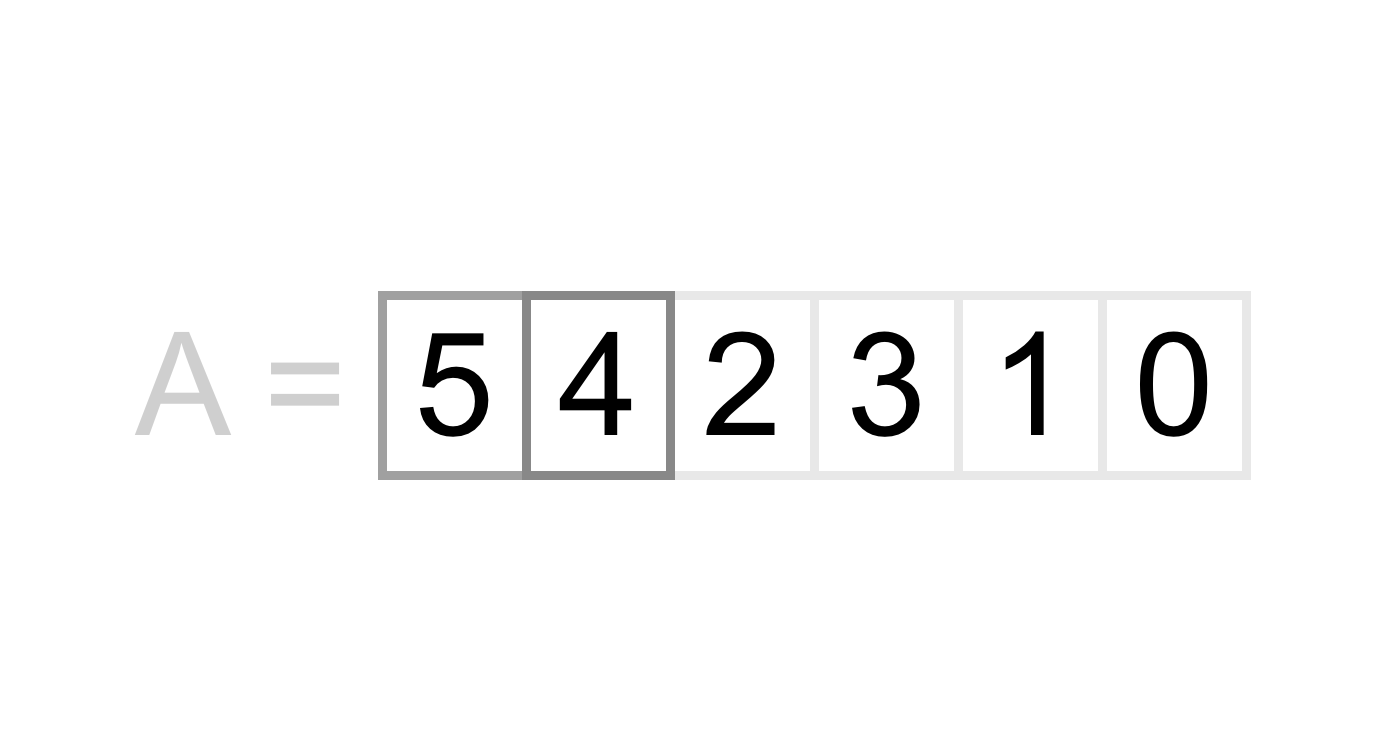 We want to sort our numbers in non-decreasing order, so we first ask “is 5 greater than 4?”. The answer we get to this question is yes! 5 is greater than 4, so we need to swap the positions of 4 and 5.

After swapping these two numbers we get the following list of numbers as a result. 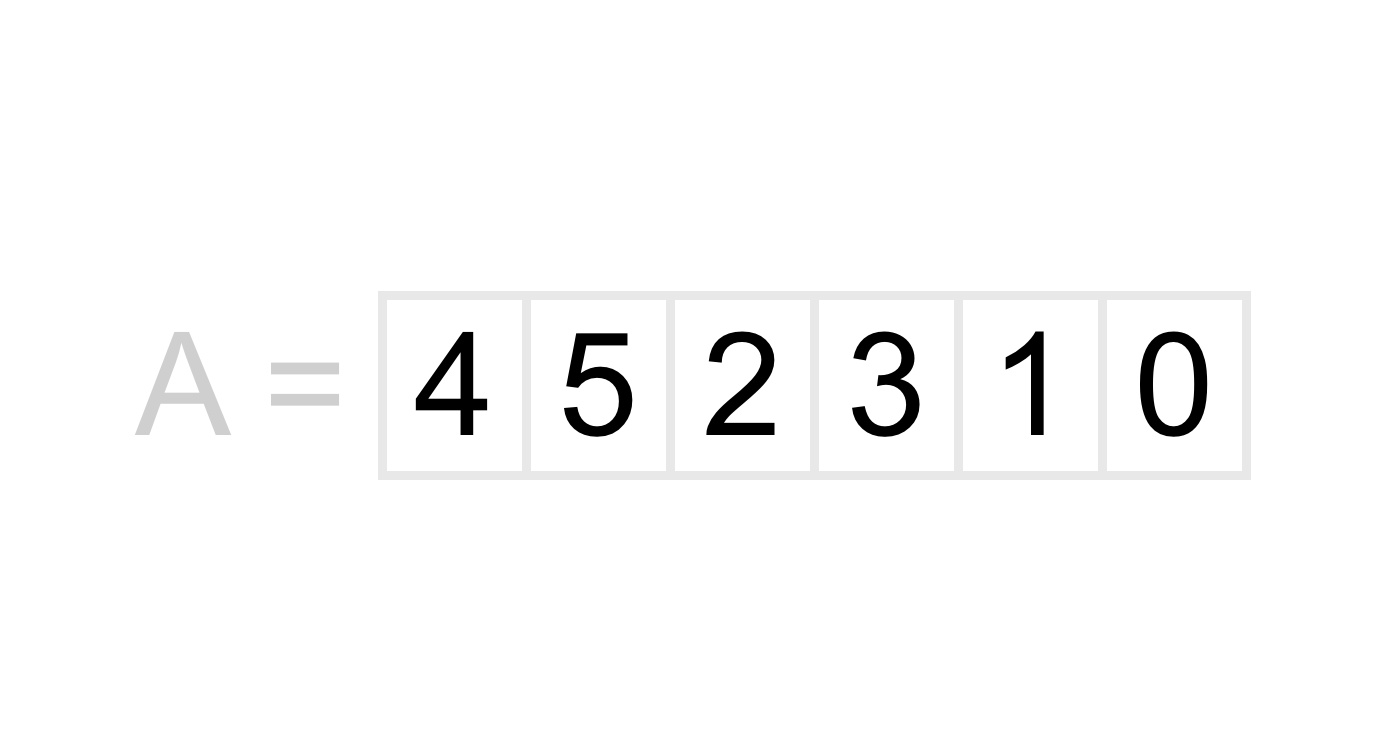 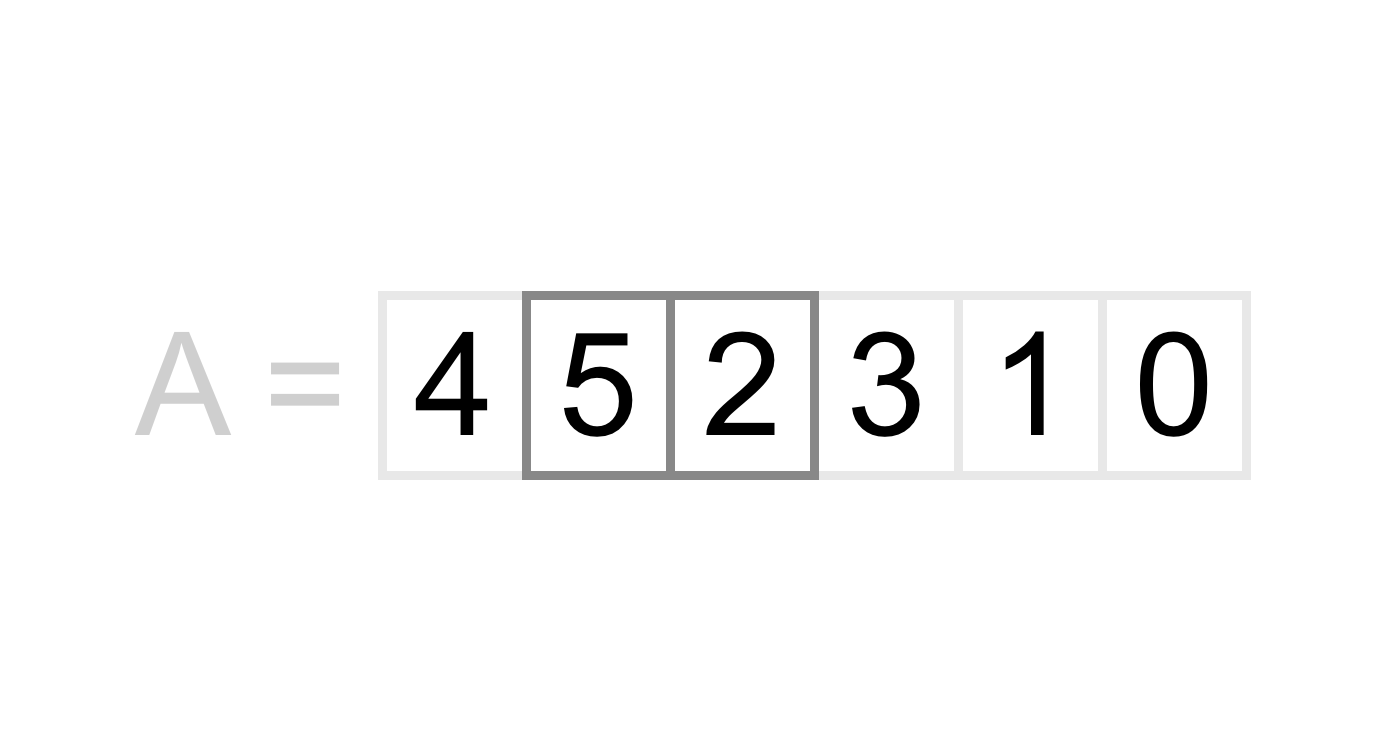 Once again we ask the question “is 5 greater than 2?”, and once again we get the answer yes, so we need to swap these numbers. After swapping we get the following list. 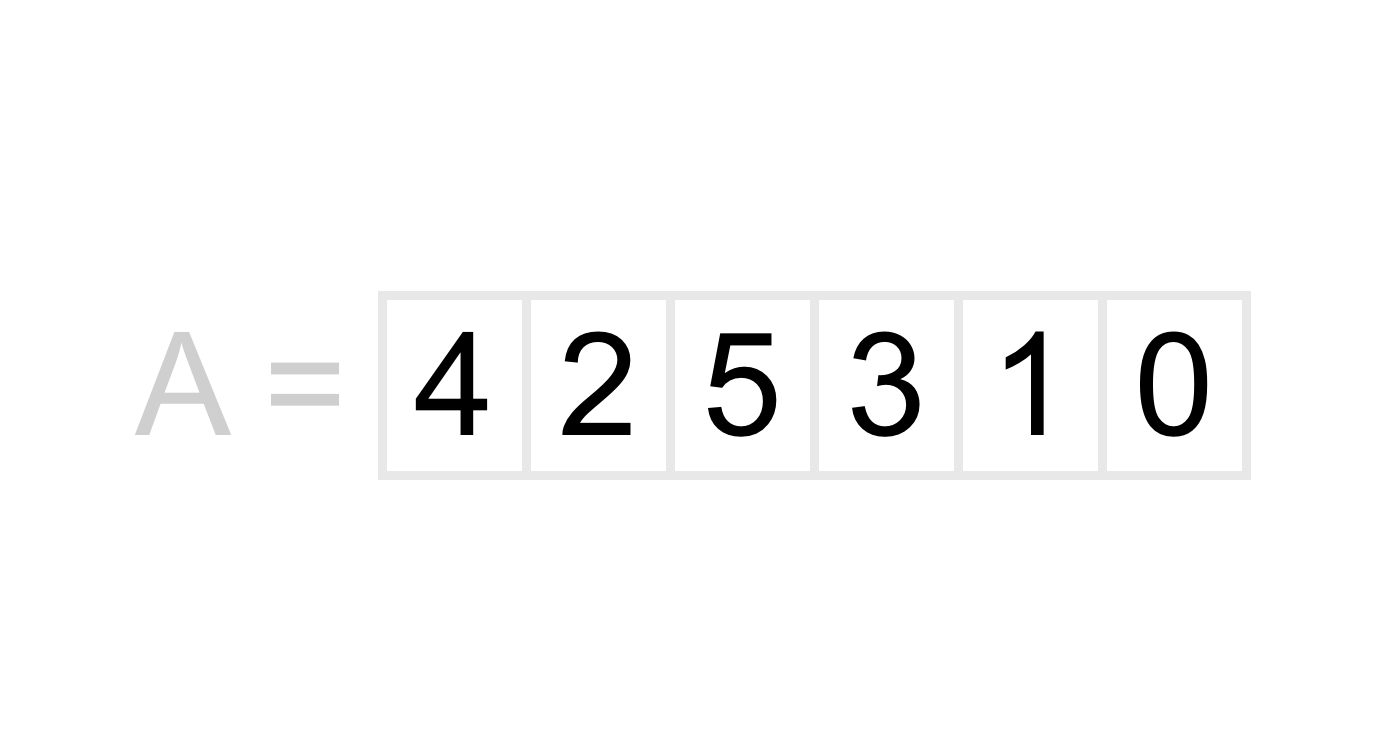 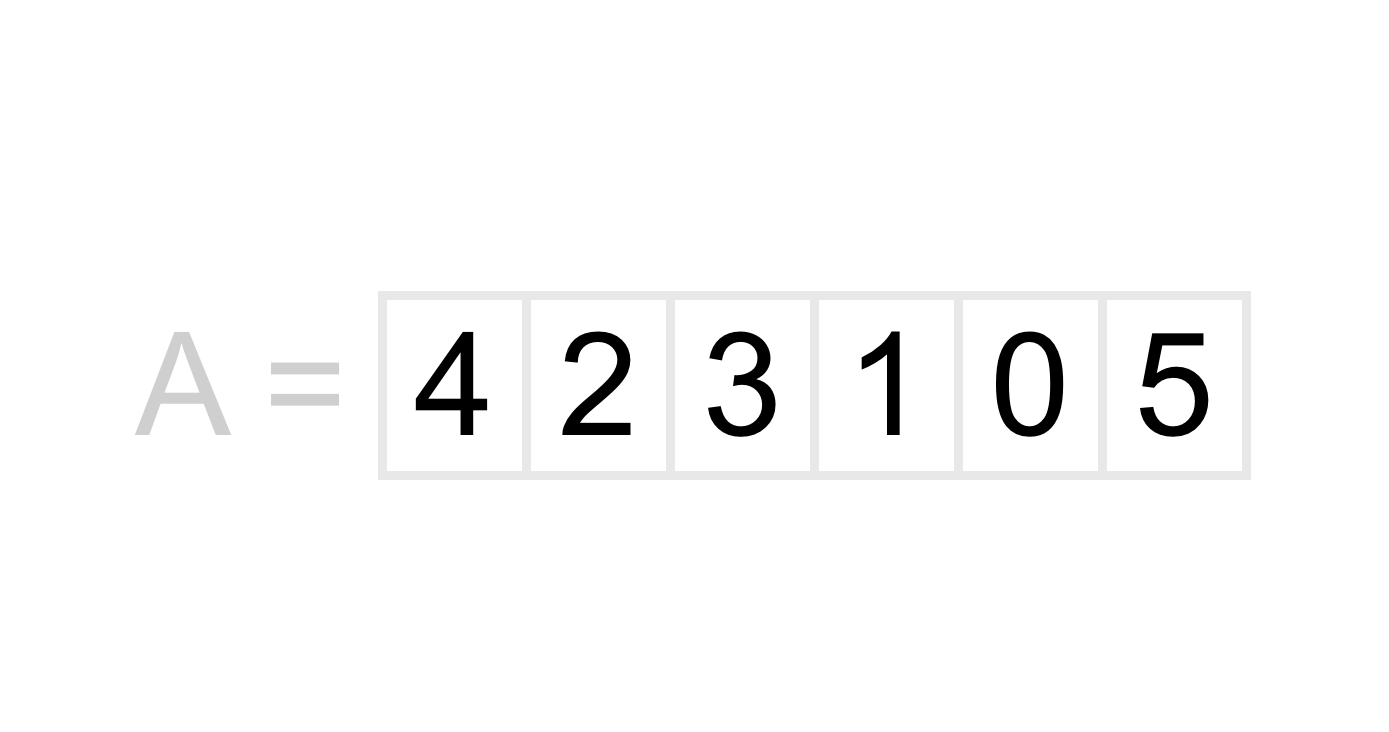 Do you notice anything special about the list after we have made one full pass through it comparing and swapping every consecutive pair where the first number is greater than the second?

If you said the last number in our list is the largest number in the list, you hit the nail on the head!

Try it for yourself. Follow the algorithm described above on paper using the list we got after our first pass.

If you did everything correct, you should find that your second pass caused the 4 to get moved to its final position in the sorted list; 4 is in the second to last position in the list! 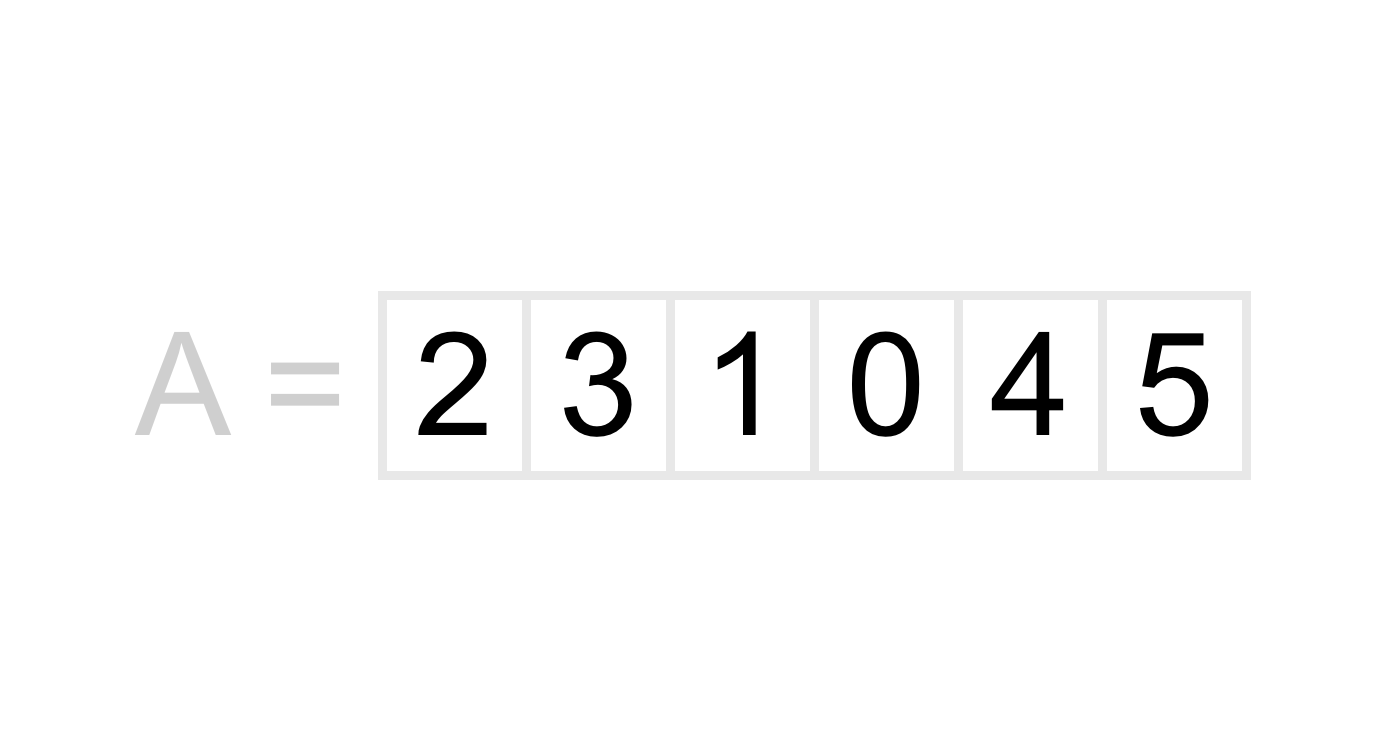 Assuming you did the second pass on paper, we should already have 2 of 6 passes complete. Lets look at what the results of each of the last 4 passes would be.

It turns out that our 6th pass wasn’t even necessary, but we didn’t know that until we made that pass and saw that no numbers were swapped. Later we will discuss how you can take advantage of this to terminate your algorithm early, making it faster in cases where lists are nearly-sorted.

While I haven’t written about Big-O notation or how to calculate the complexity of an algorithm, it is worth at least talking about how fast an algorithm is relative to the size of its input.

For the rest of this section you should assume that when I reference N I am referring to the size of the list of numbers we are sorting.

What is Big-O notation?

Big-O notation is a rough way of estimating how long a piece of code will take to run based on the size of the input arguments. It isn’t meant to be an exact time measurements, as these would vary from computer to computer, but it is intended to give you a number relative to the input so that you can compare it to other algorithms.

If you haven’t ever heard of Big-O notation, I recommend that you check out this article on Interview Cake that covers the topic. It should help give you a rough idea of what Big-O notation is.

Our bubble sort algorithm can be broken into roughly two pieces. The first is what we have spent most of this article discussing - walking through the list comparing consecutive pairs of numbers. Every time we do a full pass of the list we will look at N - 1 pairs of numbers.

The second part is repeating this walk-through of the list. As we discussed early, in the worst case we would need to repeat this N times, so we end up doing N - 1 comparisons N times, giving us N * (N - 1).

In Big-O we drop the constants, so we get the complexity of O(N*N) or O(N^2). This means that as the size of our list grows, the number of operations we need to sort the list grows exponentially.

There are two major optimizations you can make with bubble sort in your code.

Don’t compare numbers that are in their final position

The first optimization is to stop looking at a number once we know it is in its final position in our list. Remember when we did our first pass of our list above and ended up with the list below?

We know that the 5 is in the correct position after the first pass, so for the second pass and onwards we can skip comparing it to the number before it.

On a completely reversed list this optimization will end up cutting the number of operations required to sort a list in half.

Determining if a list is already sorted is actually pretty easy to do with a bubble sort. When we walk through a list comparing numbers, we are basically checking if any numbers in the list are out of order.

If we happen to pass through our entire list and never swap two numbers that means that no numbers were out of order; Or if we inverse that statement, every number was already in order.

When we walk through our list without swapping any numbers we have effectively determined that our list is already sorted, so at that point we can safely terminate our algorithm and return the sorted list of numbers.

While this optimization won’t consistently reduce the number of operations required for your algorithm, it does make your code much more efficient in some cases; Most notably, when dealing with already sorted or nearly sorted lists your algorithm becomes significantly faster.

This article is part of the series, Let's Learn Algorithms. Want to keep up to date with new articles in this series and others like it? Sign up for my mailing list and I will notify you when I publish new articles. I’ll also send you a sample from my course, Web Development with Go.

Now that you have an understanding of how bubble sort works we are going to move on to implementing the algorithm in real code. We will start off a list of integers like in this tutorial, but we will also explore sorting lists of strings and really any other data type.

You can find the next article here - Let's Learn Algorithms: Implementing Bubble Sort.

Have an algorithm you would love to learn about? Check out other articles in the Let's Learn Algorithms series to see if I have already covered it. If I haven’t feel free to get in touch (jon@calhoun.io) and make a request. I am always happy to hear from my readers :)

This article is part of the series, Let's Learn Algorithms.

Sign up for my mailing list and I'll send you a FREE sample from my course - Web Development with Go. The sample includes 19 screencasts and the first few chapters from the book.

You will also receive emails from me about Go coding techniques, upcoming courses (including FREE ones), and course discounts.

Jon Calhoun is a full stack web developer who also teaches about Go, web development, algorithms, and anything programming related. He also consults for other companies who have development needs. (If you need some development work done, get in touch!)

Jon is a co-founder of EasyPost, a shipping API that many fortune 500 companies use to power their shipping infrastructure, and prior to founding EasyPost he worked at google as a software engineer.

More in this series

This post is part of the series, Let's Learn Algorithms.

Did you find this page helpful? Let others know about it!

Sharing helps me continue to create both free and premium Go resources.

Want to discuss the article?

See something that is wrong, think this article could be improved, or just want to say thanks? I'd love to hear what you have to say!

You can reach me via email or via twitter.